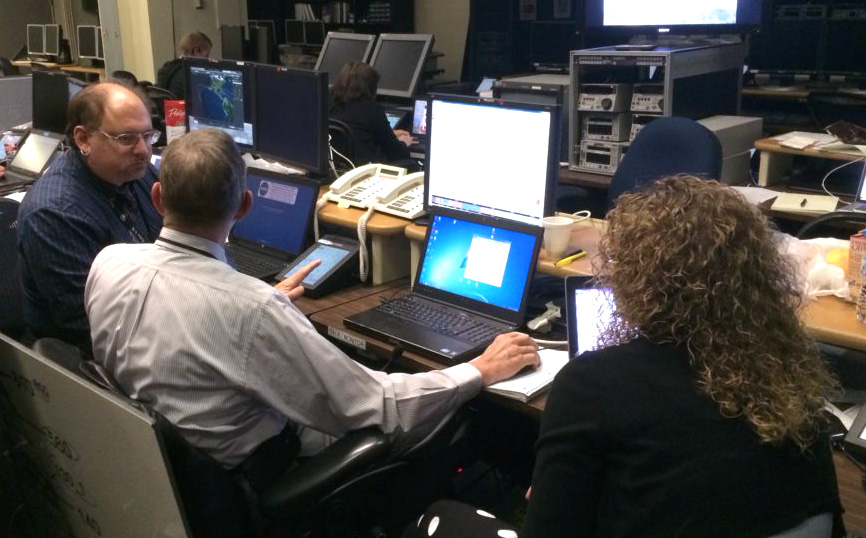 The NASA EFT-1 (Exploration Flight Test 1) Mission was the first planned unmanned test flight of the Orion Multi-Purpose Crew Vehicle.  It launched on December 5, 2014, with Orion atop a Delta IV Heavy Rocket from Cape Canaveral Air Force Stations Launch Complex 37.  It traveled to an altitude of 3600 miles, which is fifteen times higher than the International Space Station.  It orbited Earth twice, then reentered Earth’s atmosphere and splashed down in the Pacific Ocean.

The SCIFLI team partnered with Cast Glance out of Point Mugu, California, to collect Infrared imagery on Orion’s heat shield and visual imagery on the opening of the parachutes.  The goal was to find out how hot the shield got during reentry and then compare this data to readings from thermocouples positioned on the heat shield. The team also wanted to determine how well the parachutes functioned.  For both these purposes, Navy P-3 aircraft were used.

Once the team got confirmation of the launch, the Navy P-3 aircraft took off from Point Mugu and flew to an area about 25 miles form Orion’s projected entry trajectory, where it flew a racetrack pattern until the capsule entered the atmosphere, at which point it began to gather thermal imagery on the heat shield.

Onboard video from EFT-1 of the capsule’s reentry.
Video Credit: NASA Johnson
(This video was not taken by or for the SCIFLI team)