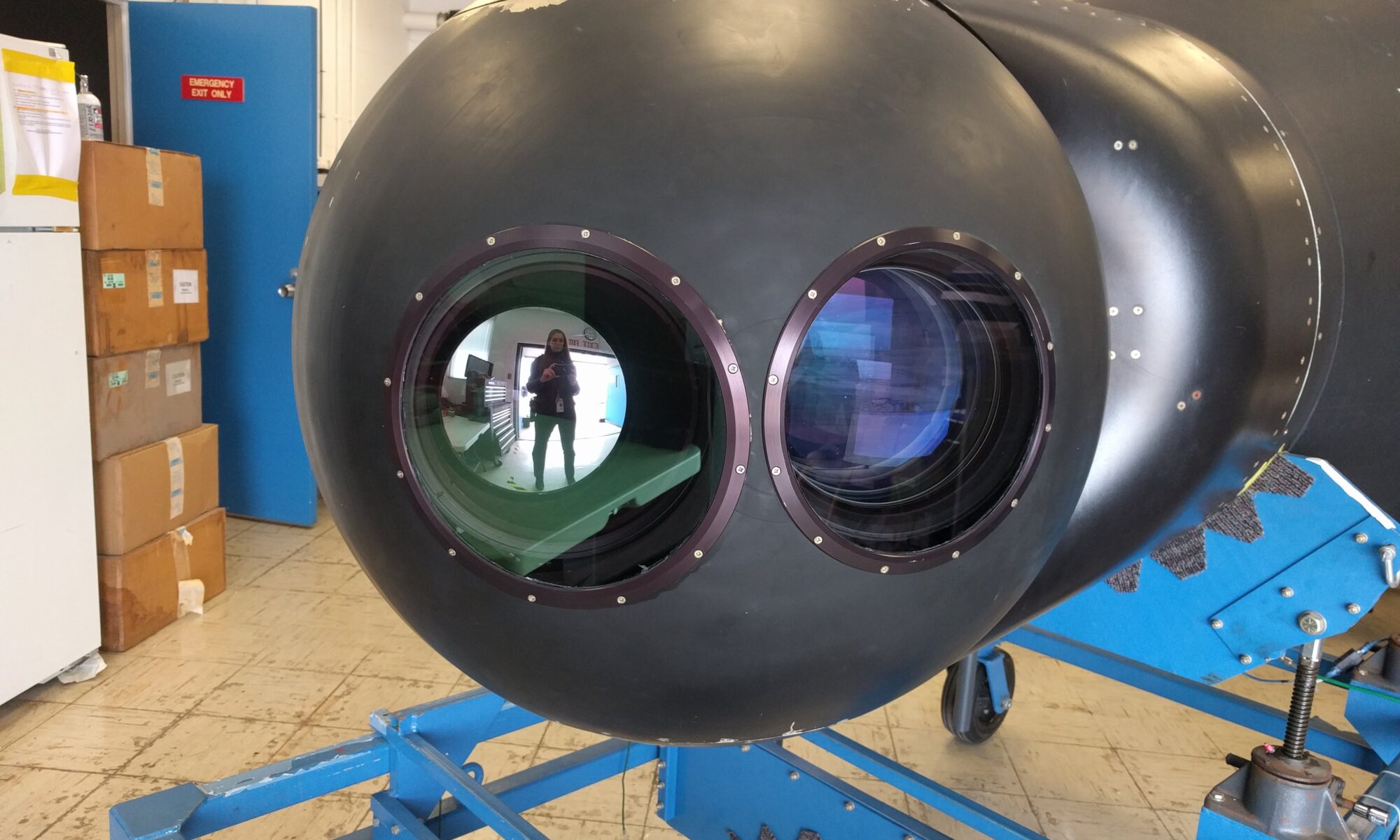 The SCI-FLI / HYTHIRM team has developed capabilities and methodologies to obtain ultra-high resolution visual imagery, highly accurate and precise calibrated thermal imagery, and spectral data from non-intrusive observations of flight vehicles at speeds reaching well into the hypersonic realm. Additionally, the team is in a continual march to upgrade capabilities, enhance the robustness of hardware, software and processes, and reducing the cost of making measurements. So why is all of this being done?

Traditional instrumentation for flight testing has concentrated on the overall behavior of the vehicle and its flying qualities. Few vehicles are instrumented highly enough to obtain details about the on-body or off-body flowfield in great detail, and even when such measurements are conducted the data is mainly acquired by instrumentation that records conditions at a single point. Thus, hundreds or even thousands of individual instruments would be required to obtain high spatial resolution information. Even where it may be feasible to physically devise instrumentation in such a configuration (given the space and weight restrictions of flight vehicles), cost and complexity make it a daunting and expensive proposition.
However, high resolution imaging is a completely different approach that is inherently simpler and far more cost effective. When properly calibrated, each pixel on an imaging sensor array can be considered an individual measurement device, and a typical sensor can contain millions of pixels. And with an imaging sensor, the information comes back as a continuous map of data, or image, as opposed to single point sources of traditional instrumentation. Details and features in the data that could never be deduced from a set of a few point measurements become clearly defined physical processes in images.

Take for example the Space Shuttle Discovery STS-119 HYTHIRM imagery data as shown below. The imagery has provided a surface map of the flow that shows the laminar (cooler blue) portions of the flow, and the turbulent sections in the hotter green and yellow portions. The large triangular region of turbulent flow that extends for most of the length of the vehicle on the left side (lower portion as shown in this image) is an asymmetrical turbulent flow caused by a minor irregularity on the surface of the Shuttle. While this did not pose a threat to the safety of the vehicle, the temperatures, which were higher than normal by up to several hundred degrees, provided valuable knowledge into the physics of the flow field and the necessity for providing proper safety margins to future designs. On the right is a drawing that depicts the locations of thermocouples on the underside of Discovery. The six points at which temperatures were measured by the on board instrumentation would never allow for an understanding of the flowfield as provide by the imagery. Thus, without the need for any modifications to the flight vehicle, and without any changes to the operational procedures undertaken by the Shuttle, a truly unique, invaluable and unexpected data set was obtained. This was only possible due to high resolution, scientifically calibrated imaging technology.