Since the single picture taken during the inaugural 12 second flight of the Wright Flyer in 1903, imaging has been an integral element of aeronautics and, later on, astronautics.   Today every aircraft flight test and space launch is carefully photo-documented.  However, the sophisticated technologies found in current state of the art cameras, in conjunction with the emerging needs of advanced aircraft flight testing have allowed the photo-documentation aspect of in-flight imaging to be expanded into scientific imaging.  Fundamental aerospace design issues can be addressed by observing phenomena such as turbulent boundary layer transition, overall vehicle heating patterns, and spectral measurements of species released or contained in the flowfield.  Through the careful application of high quality optics, scientific grade visual, thermal and spectral imagers, thorough calibration techniques and rigorous image processing the information contained in the acquired imagery can be converted to data.  This imagery can be transformed into data expressed in engineering units with well defined error bars to be used in direct comparison with experimental data from sources like wind tunnels as well as from solutions derived from mathematical computation.

Why turn to remote imaging?

The development of future aerospace vehicles will require new and innovative approaches for instrumentation.  Test aircraft, often subscale to the prototype ultimately envisioned, have limited space and weight capacity for on-board instrumentation.  Additionally, the requirements for embedding instrumentation into vehicles are costly and complex.  And if it is a very high speed or space reentry vehicle it will undoubtedly face sever telemetry bandwidth constraints as well as blackout periods from plasma in very high speed / temperature environments.  To make matters more difficult, it is becoming more common to not recover the vehicle (i.e. let it crash into the ocean and sink or destroy itself hitting the desert floor) precluding the ability to store information for post-flight retrieval. Examples of such vehicles that have already flown are the NASA X-43, USAF X-51, and DARPA Falcon HTV.  Thus, the amount of purely scientific data that can be gathered using on-board instrumentation and cameras is severely limited.  Remote imaging provides the ability to derive information unattainable in any other way.  The imaging is not only non-intrusive to the vehicle or flight operations, but able to return data that covers an entire region in high spatial, temporal and thermal resolution. 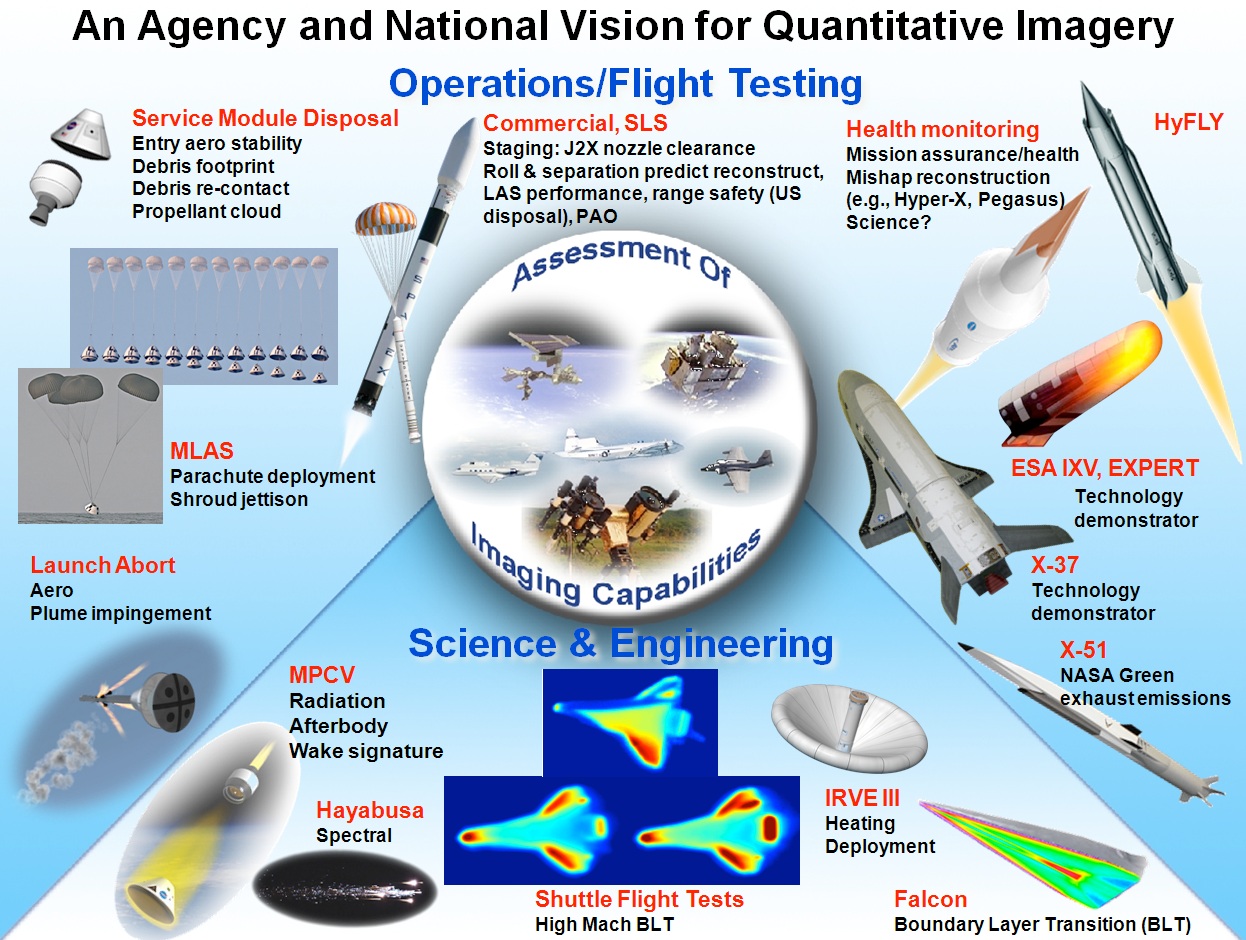 Next: The Mission Planning Process