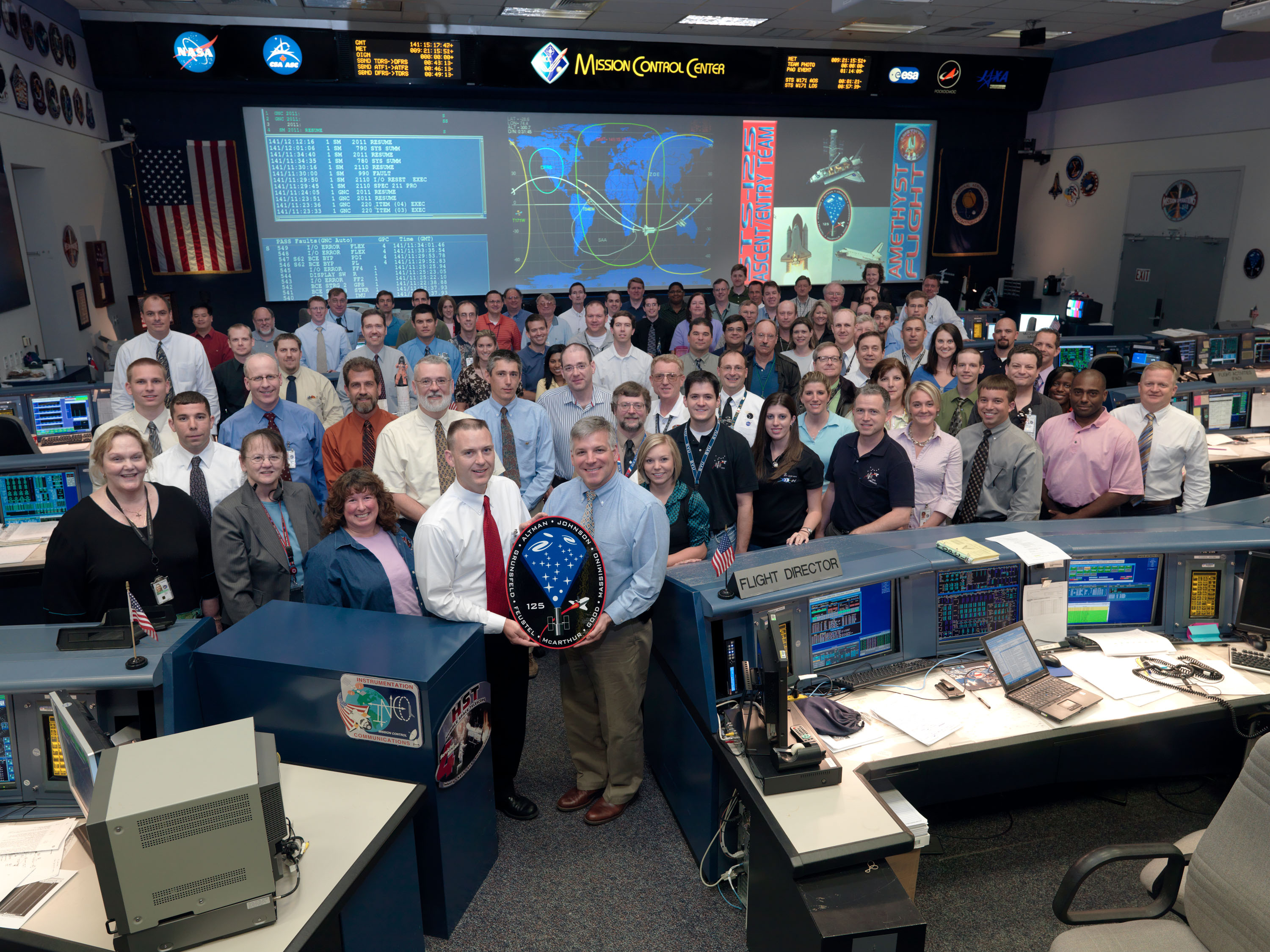 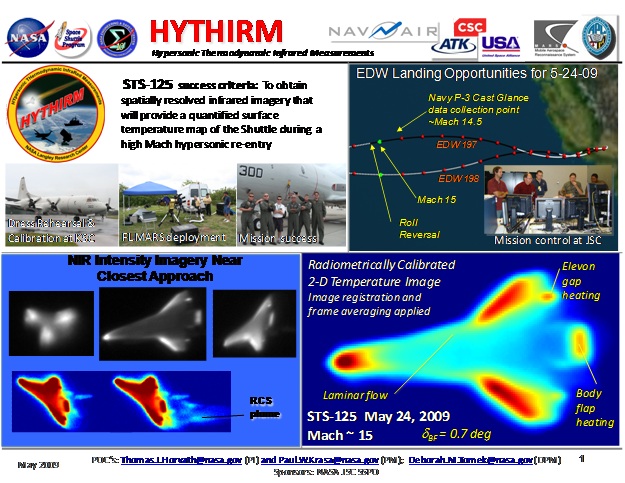 Following a successful inaugural STS-119 HYTHIRM mission in March of 2009 the opportunity presented itself to conduct a second HYTHIRM mission to image the STS-125 reentry. The HYTHIRM team deployed a US Navy CAST GLANCE NP-3D aircraft and a Mobile Aerospace Reconnaissance (MARS) ground based platform in order to obtain infrared (IR) imagery of the Orbiter during reentry.  The goal was to obtain data about the Mach 15 flight regime with the aircraft over Mexico, the Gulf of Mexico or Central America and about Mach 6.5 with the MARS ground based unit located on the west coast of Florida as the Orbiter returned to the Kennedy Space Center (KSC). During HYTHIRM operations the aircraft was based at the Cape Canaveral Air Force Station Skid Strip in Florida, adjacent to the KSC.

Atlantis was originally supposed to reenter and land at KSC on Friday, May 22nd, 2009.  However, weather conditions at KSC warranted two 24 hour wave-offs, with conditions marginal for the third day’s attempt. When the first 24 hour delay occurred the aircraft was diverted to Albuquerque New Mexico as an interim staging point to support operations in either the Gulf of Mexico or the Pacific.  Later in the day the HYTHIRM team, after consultation with the Spaceflight Meteorology Group (SMG) decided to gamble and send the aircraft to the Pacific Ocean in anticipation of a landing at EDW for the next day’s attempt. Once the aircraft headed to the Pacific Ocean to set up for a reentry to EDW it could not be recalled in time to position itself for an observation should the Shuttle land at KSC.

On Saturday, May 23rd the Orbiter was waved off from KSC twice, but to the surprise of many the Flight Director (FD) decided to keep the Orbiter in space instead of landing at EDW.  CAST GLANCE, which had been dispatched to the Pacific Ocean, returned to their home base of Point Mugu for the evening.  Again, after extended discussions with SMG, the HYTHIRM team decided to have CAST GLANCE deploy for a landing at EDW on Sunday, May 24th.

Given the time and cost of transporting the Shuttle from EDW to KSC every effort was made by the FD and ground controllers to proceed with a landing at KSC.  On the morning of Sunday May 24th,with CAST GLANCE flying west over the Pacific Ocean Atlantis and crew had fully prepared themselves for a KSC entry.  With not much time before the deorbit burn was scheduled to commence the FD waved off the landing at KSC due to bad weather, and directed the Shuttle to land at EDW.  As this call was made CAST GLANCE was closing in to its observation location.

The CAST GLANCE crew positioned themselves for an observation with the point of closest approach to the Orbiter being at Mach 15 in the Shuttle’s reentry.  They successfully captured several minutes of data, including the desired high spatial resolution thermal imagery at Mach 15.  Following data acquisition, CAST GLANCE safely returned to their home base of Point Mugu, California. The MARS crew, prepared to make an observation on the west coast of Florida, was confined to their protective tent as rain continued to fall at their location.