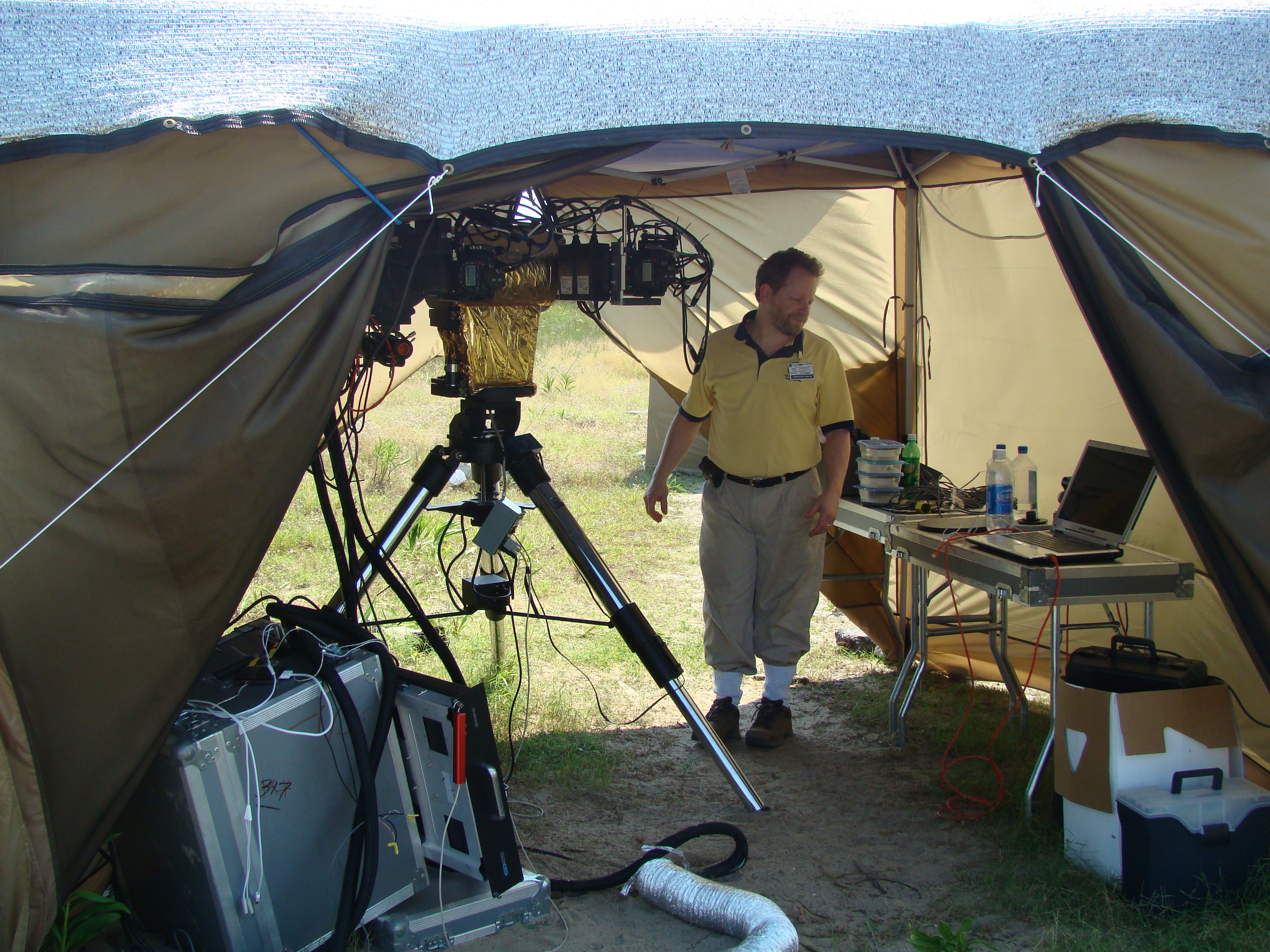 Space Shuttle Discovery (OV-103) was launched on Friday, August 28, 2009.  After a 13 day mission to the International Space Station (ISS), the Orbiter landed at the Edwards Air Force Base (EDW) in California on Friday, September 11, 2009. 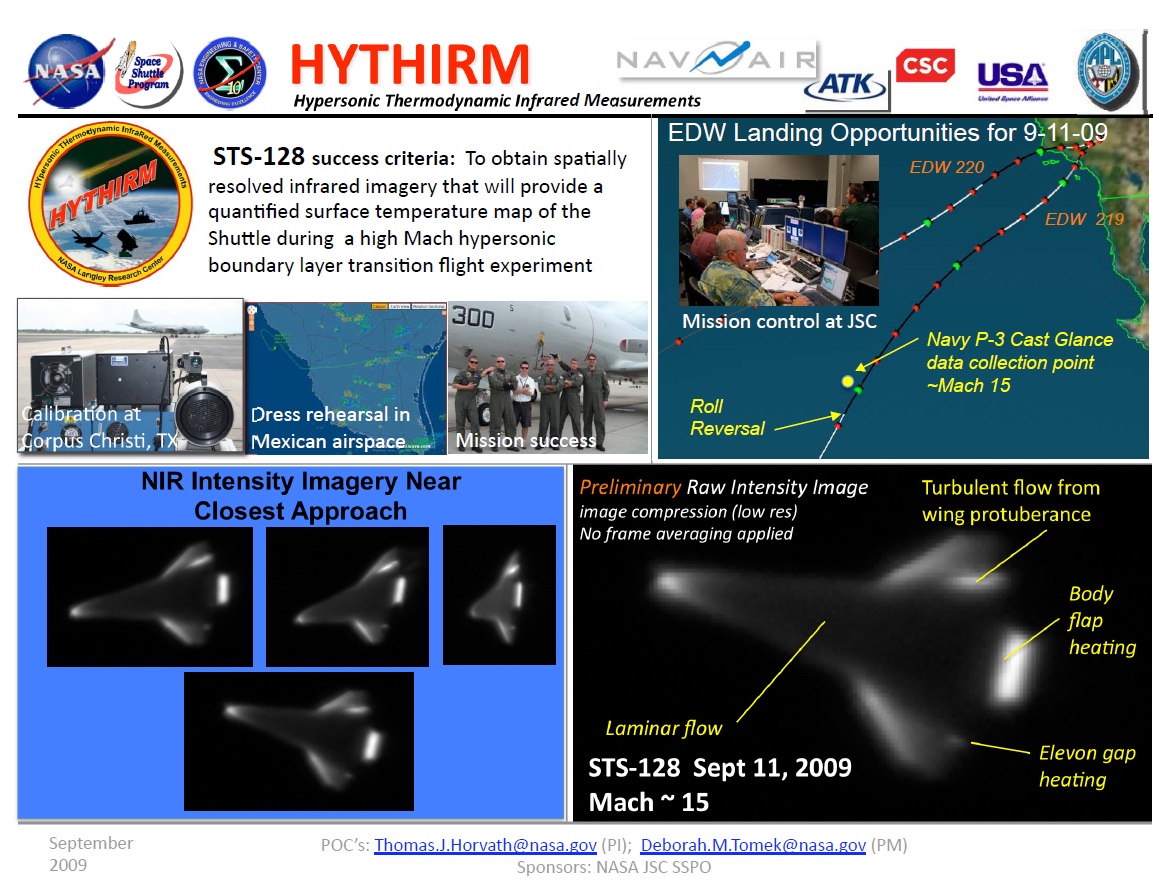 The HYTHIRM team deployed a US Navy CAST GLANCE NP-3D aircraft in order to obtain infrared (IR) imagery of the Orbiter during reentry.  The goal was to obtain data about the Mach 16.5 flight regime over Mexico, the Gulf of Mexico or Central America as the Orbiter returned to the Kennedy Space Center (KSC).

Discovery was originally supposed to reenter and land at KSC on Thursday, September 10th, 2009.  However, weather conditions at KSC warranted a 24 hour wave-off, with conditions marginal for the next day’s attempt. Following the decision by the Flight Director (FD) not to land on the 10th, the HYTHIRM team gave serious consideration to requesting that CAST GLANCE deploy over the Pacific Ocean in anticipation of a landing at EDW.  Following an extensive weather briefing with the Spaceflight Meteorology Group (SMG) later in the day, the HYTHIRM team decided to send CAST GLANCE to cover for the EDW contingency.  The aircraft, which was based in Corpus Christi Texas for this mission had to depart several hours before the FD would have to make his final decision about where to land the Shuttle.  Once the aircraft headed to the Pacific Ocean to set up for a reentry to EDW it could not be recalled in time to position itself for an observation should the Shuttle land at KSC.

Given the time and cost of transporting the Shuttle from EDW to KSC every effort was made by the FD and ground controllers to proceed with a landing at KSC.  On the morning of the 11th , with CAST GLANCE flying west over the Pacific Ocean Discovery and crew had fully prepared themselves for a KSC entry.  With not much time before the deorbit burn was scheduled to commence the FD waved off the landing at KSC due to bad weather, and directed the Shuttle to land at EDW on the subsequent orbit.   As this call was made CAST GLANCE was closing in to its observation location.

However, the CAST GLANCE crew, which had hoped to obtain data at Mach 16.5 were flying towards the remnants of Hurricane Linda.  With the support of the Cloud Free Line of Sight (CFLOS) software from John Hopkins University (JHU) Applied Physics Lab (APL) and aircrew observations on CAST GLANCE the aircrew was able to locate an area clear of clouds in order to make an observation.  The point of closest approach would be approximately Mach 15.