Space Shuttle Atlantis (OV-104) was launched on Friday, May 14th, 2010.  After an 11 day mission to the International Space Station (ISS), the Orbiter landed at the Kennedy Space Center (KSC) in Florida on Wednesday, May 26, 2010. 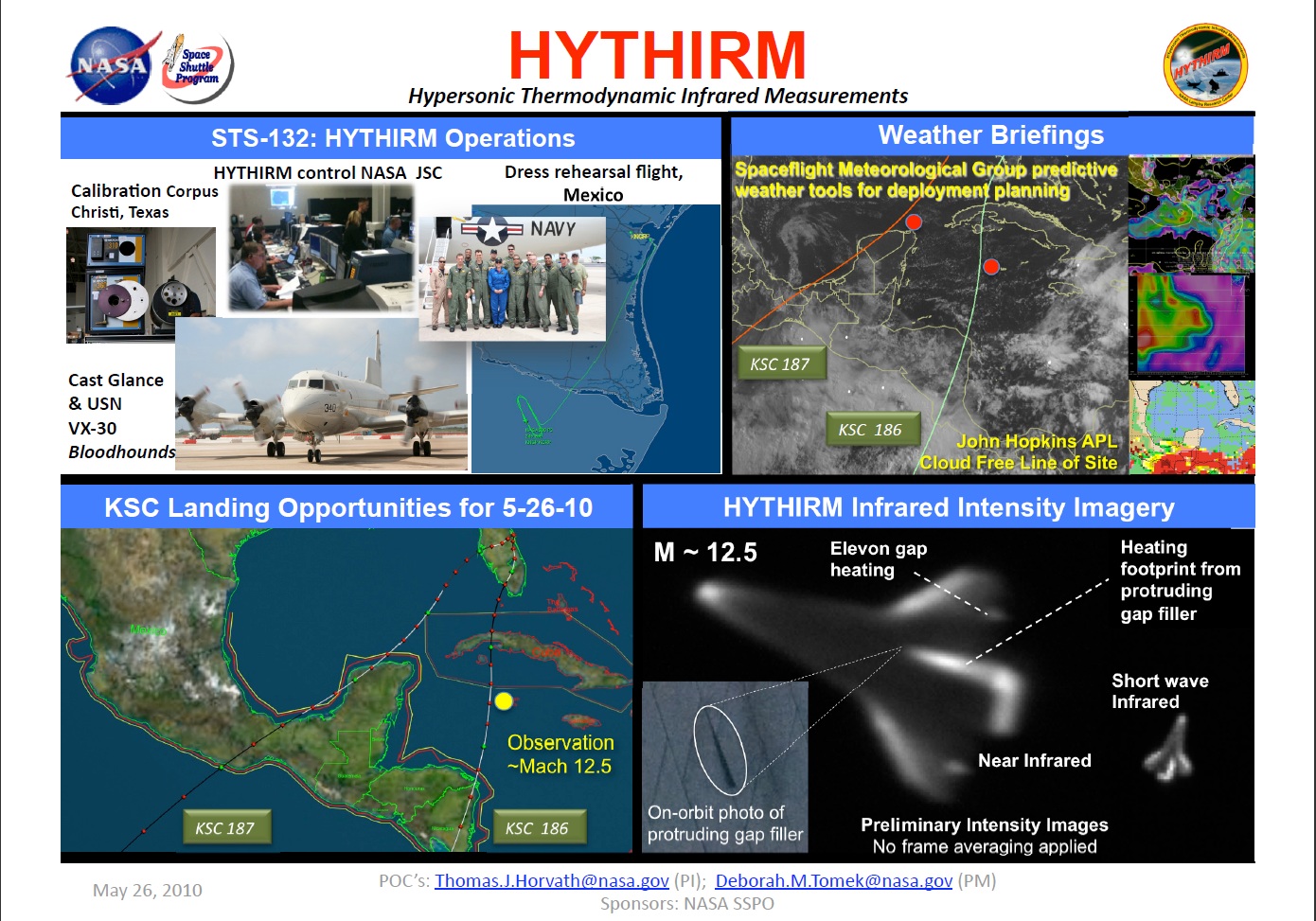 The HYTHIRM team deployed one aircraft in order to obtain infrared (IR) imagery of the Orbiter during reentry.  The goal was to obtain data in the Mach 20 to the Mach 18 region of the reentry trajectory.

A US Navy CAST GLANCE (CG) NP-3D aircraft was dispatched with the intent to fly over Central America and off the Pacific Coast region to the Mach 18 to 20 portion of the reentry.  However, inclement weather in that region forced the aircraft to move north easterly along the trajectory to find clear skies.  Ultimately the observation was made at approximately the Mach 12.5 location just south of the Cuban Air Defense Identification Zone (ADIZ). The vehicle was visible to the data acquisition cameras for just over 2 minutes.  Based on the trajectory of the Orbiter and the mounting location of the telescope on the aircraft, the aircraft had to follow a flight path that necessitated loss of tracking shortly after the point of closest approach.