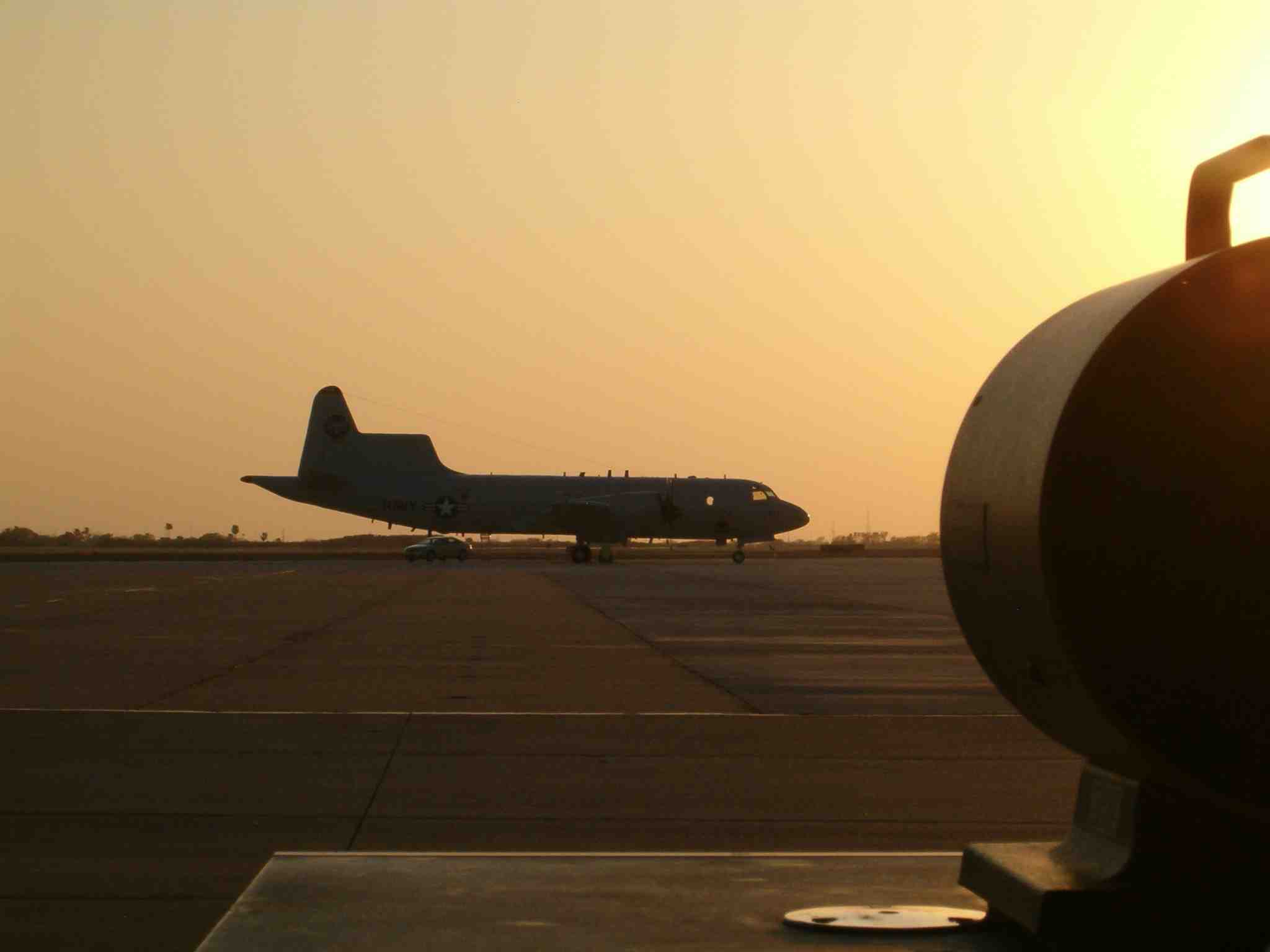 Space Shuttle Discovery (OV-103) was launched on Thursday, February 24, 2011.  After a 13 day mission to the International Space Station (ISS), the Orbiter landed at the Kennedy Space Center (KSC) in Florida on Wednesday, March 9, 2011.

The HYTHIRM team deployed one aircraft and two land-based imaging assets in order to obtain infrared (IR) imagery of the Orbiter during reentry.  The goal was to obtain data about the Mach 18 and Mach 6 flight regimes.

A US Navy CAST GLANCE NP-3D aircraft was dispatched over Central America.  Based on an initial quick-look of the data it is estimated that the CAST GLANCE crew acquired the Shuttle at about Mach 22.8 through to approximately Mach 18. The vehicle was visible to the data acquisition cameras for nearly 4 minutes, with the point of closest approach occurring at approximately Mach 18.  Based on the trajectory of the Orbiter and the mounting location of the telescope on the aircraft, the aircraft had to follow a flight path that necessitated loss of tracking shortly after the point of closest approach.

Two ground-based Mobile Aerospace Reconnaissance Systems (MARS) units were deployed for this mission.  One unit, referred to as MARS 1, was positioned at Eckerd College close to Saint Petersburg, Florida.  This location placed the telescope approximately 35 nautical miles north of the predicted ground track of the Orbiter, with the vehicle flying approximately Mach 5 at the point of closest approach. The MARS 1 system optically acquired the Shuttle shortly after horizon break at approximately Mach 11, and then quickly lost the vehicle due to obscuration by a layer of clouds.  MARS 1 was unable to reacquire the vehicle.

The second MARS unit (MARS 2) was deployed at Perry Foley Airport near the town of Perry, in the Florida panhandle.  This team was situated so as to be able to obtain measurements should conditions require a 1 orbit wave-off, which would move the ground track several hundred miles north of the trajectory for the first attempt.  It was also theoretically possible that the MARS 2 telescope could image the Orbiter on the first attempt, although at a considerable range and at very low elevation angles.  On the day of observation inclement weather moved into the Florida panhandle faster than forecasters had predicted, and the team had to begin packing equipment to protect it from potentially violent weather just about the time the Orbiter was overflying the Florida coast.  No imagery was acquired.