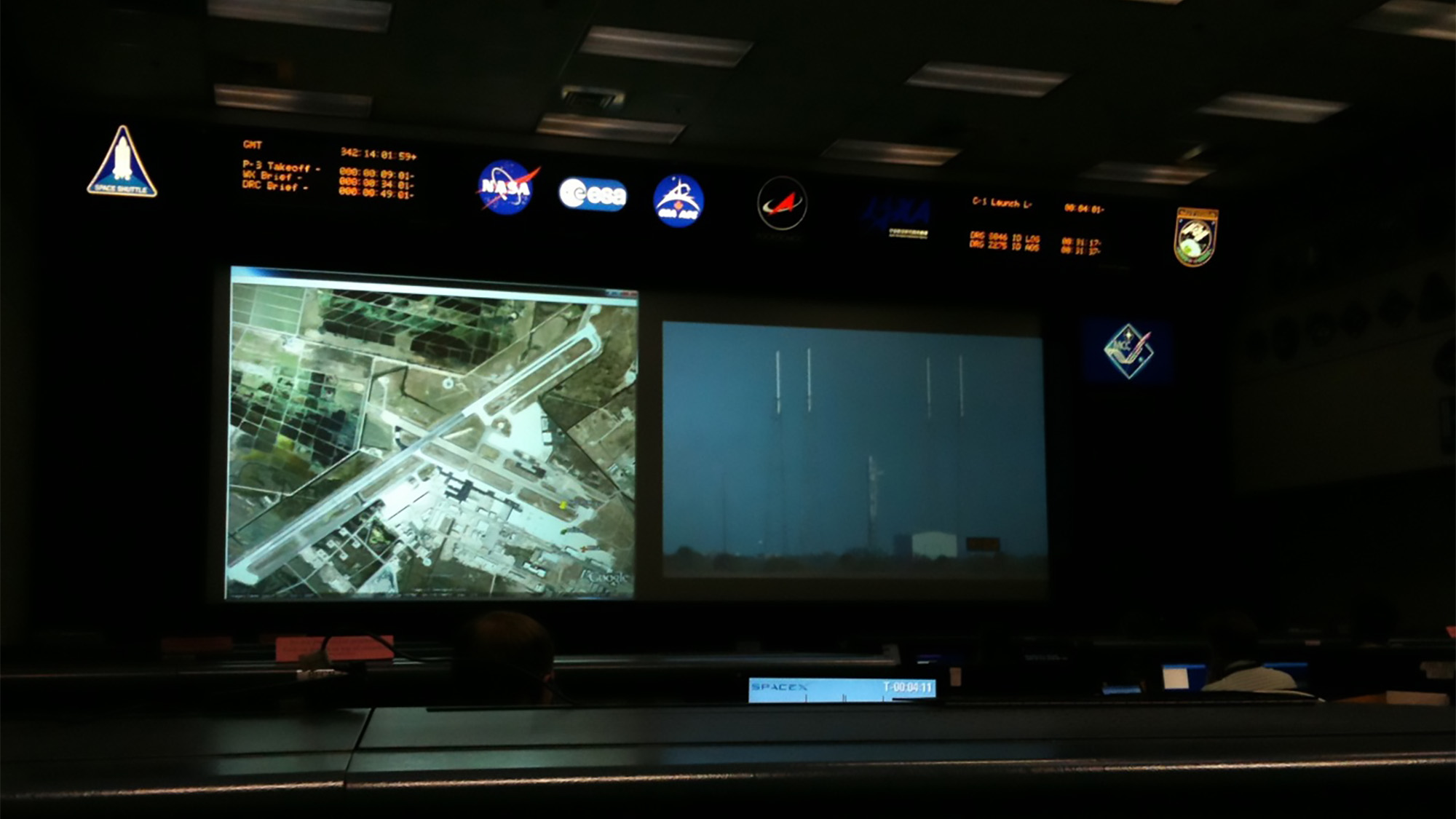 The HYTHIRM team successfully conducted a thermal imaging and telemetry gathering mission of the Space Exploration Technologies Corporation (SpaceX) C1 experimental spaceflight (Figure 1).  This mission was supported by the NASA Commercial Orbital Transportation Services (COTS) Office at the Johnson Space Center (JSC) in Houston, Texas. The C1 mission consisted of the second flight of the Falcon 9 launch vehicle, and the first flight of the Dragon space capsule reentry vehicle. 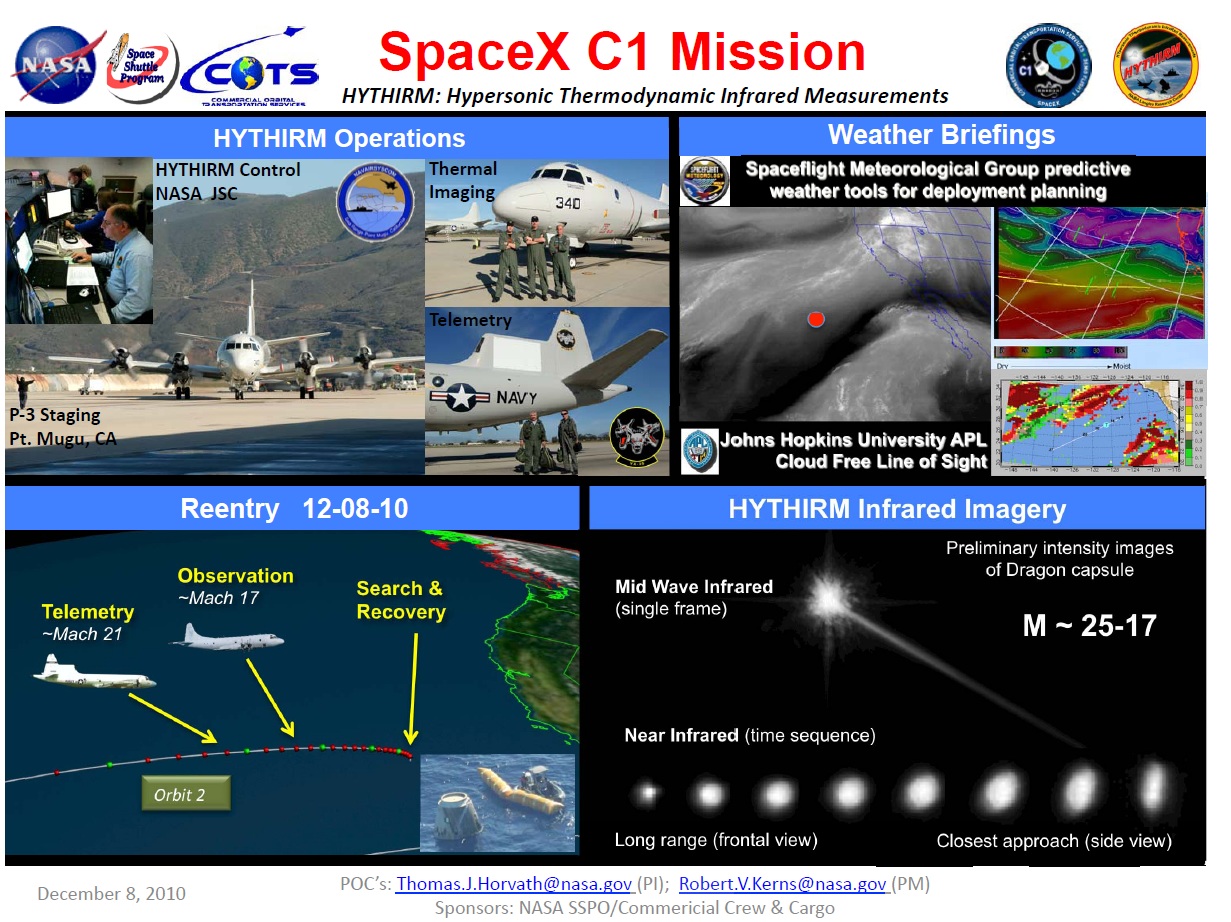 The HYTHIRM team worked in conjunction with the US Navy VX-30 squadron and CAST GLANCE (CG) system operators to deploy two modified P-3 observation aircraft in the vicinity of the Dragon capsule reentry.  One P-3, “Bloodhound 340” (BH-340), the CAST GLANCE aircraft, was tasked with obtaining spatially resolved infrared imagery of the capsule heat shield in the region of vehicle peak heating.  A second aircraft, “Bloodhound 341” (BH-341), specially outfitted with telemetry receiving equipment was utilized to obtain S-band telemetry during periods where data dropout due to the position of the spacecraft and plasma ionization effects of reentry would limit reception from ground or space based receivers. In addition, one of these aircraft was dispatched to conduct aerial photography of the Dragon capsule following splashdown.  In the event the capsule would have landed outside the expected touchdown zone the aircraft would have conducted a search in cooperation with the SpaceX Dragon recovery team.

The Falcon 9 rocket lifted off from Cape Canaveral on December 8th, 2010.  The launch had originally been scheduled for December 7th, but cracks discovered in the second stage rocket engine nozzle were identified and then removed by cutting away a portion of the engine nozzle with a hacksaw in time to recycle the launch for the following day.  The Falcon 9 rocket launched during the second of three launch windows following a telemetry issue that required the countdown to be suspended for 90 minutes.

Following launch the mission proceeded as planned, with nominal staging and Dragon capsule separation.  Following one and a half orbits, the Dragon capsule initiated the reentry by conducting a nominal eight minute deorbit burn over Australia.  The capsule flew along the predicted trajectory and proceeded to a successful parachute deploy and splashdown within view of the recovery boats about 500 miles off the coast of Southern California.

Both P-3 aircraft safely returned to their home base at Point Mugu California following the successful mission.