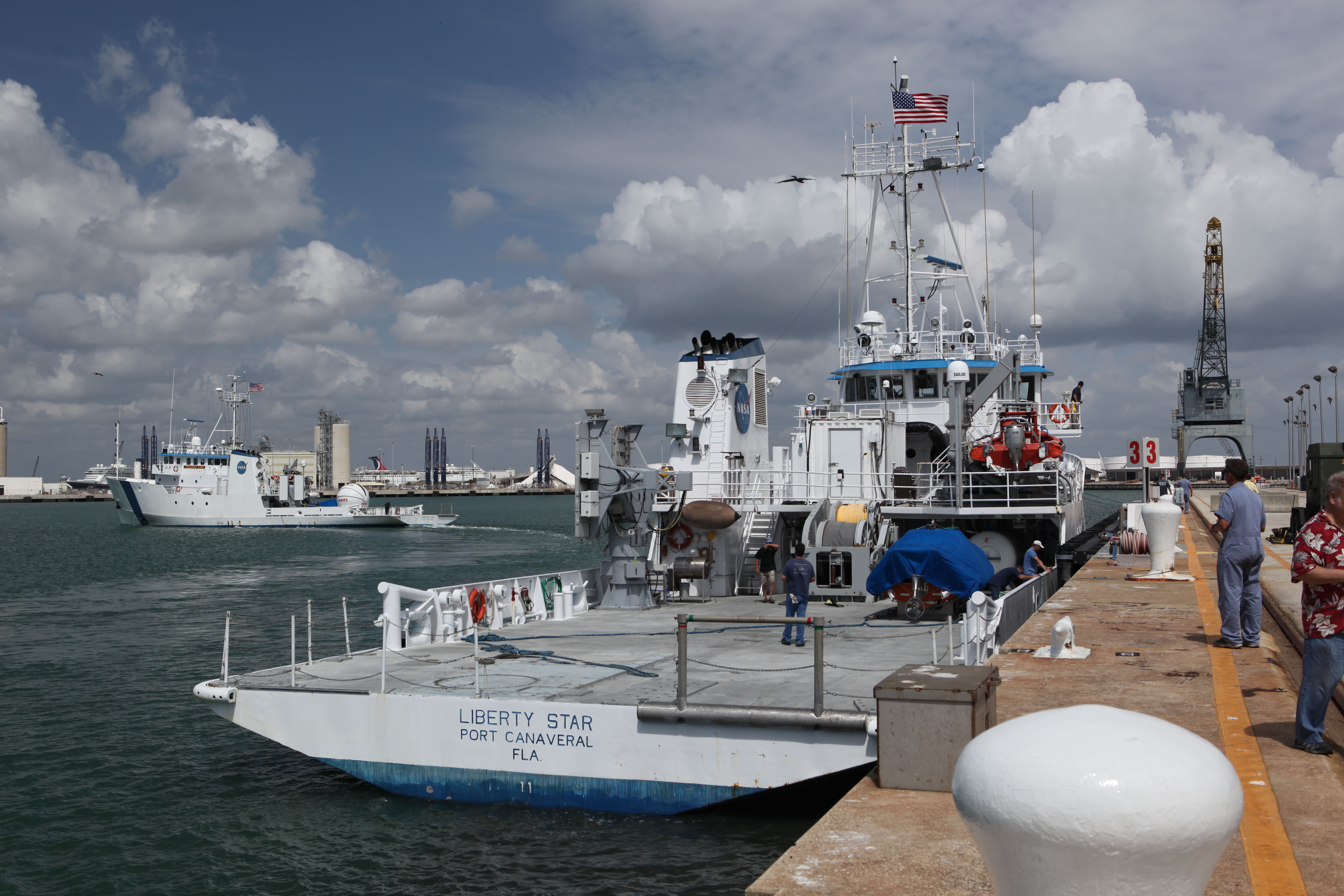 The SpaceX C2 mission was the mission that made the Dragon the first commercial spacecraft to visit the International Space Station.  It was also the first mission for which SCIFLI used ship-based imagery.  The freedom star, a former space shuttle solid rocket booster recovery ship, is equipped with a special gyro-stabilizer tracking mount and hardware with RADAR, a camera, and a long range telescope.  In addition to the sytems on board the Freedom Star, there was also a ground-based system in Daytona Beach, Florida.  Both imaging systems were trained on the spacecraft to monitor performance and capture key events during ascent.

The launch of the Falcon 9 Rocket and Dragon Capsule for C2
Image Credit: SpaceX
More information about the Freedom Star and its role in the mission
Video Credit: NASA Langley Research Center