Skip to content
SCIFLI’s final chance to gain the imagery they needed came about in the form of SpaceX CRS-4.  In order to have a higher chance of mission success, the team sponsored observations with both the Cast Glance P-3 aircraft and the WB-57.  The team also brought on additional personnel and conducted detailed meetings to help ensure mission success.  The goal of the mission was twofold: to gain visual data in the event of day time conditions and to gain Mid-Wave Infrared (MWIR) data. 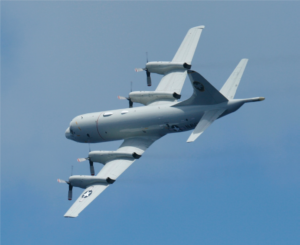 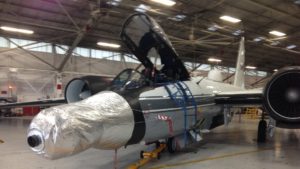 WB-57 Aircraft
Image Credit: NASA
CRS-4 lifted off late in the evening of September 21, 2014 and both the WB-57 and the P-3 acquired the craft optically roughly one minute into the flight.  Both aircraft successfully tracked through the first stage and returned Mid-Wave Infrared (MWIR) data.  Because the launch occurred during the night, no visual data was available.
MWIR sensor data video
Video Credit: NASA.gov Video on Youtube